APENFT Foundation tweeted on September 17 that it has already struck a strategic partnership with Tron Meebits. Both sides are committed to making Tron Meebits more diversified and intriguing through exploration and innovation. Moreover, they will make a joint endeavor to build TRON's NFT ecosystem by helping Tron Meebits to be integrated into more mainstream platforms. 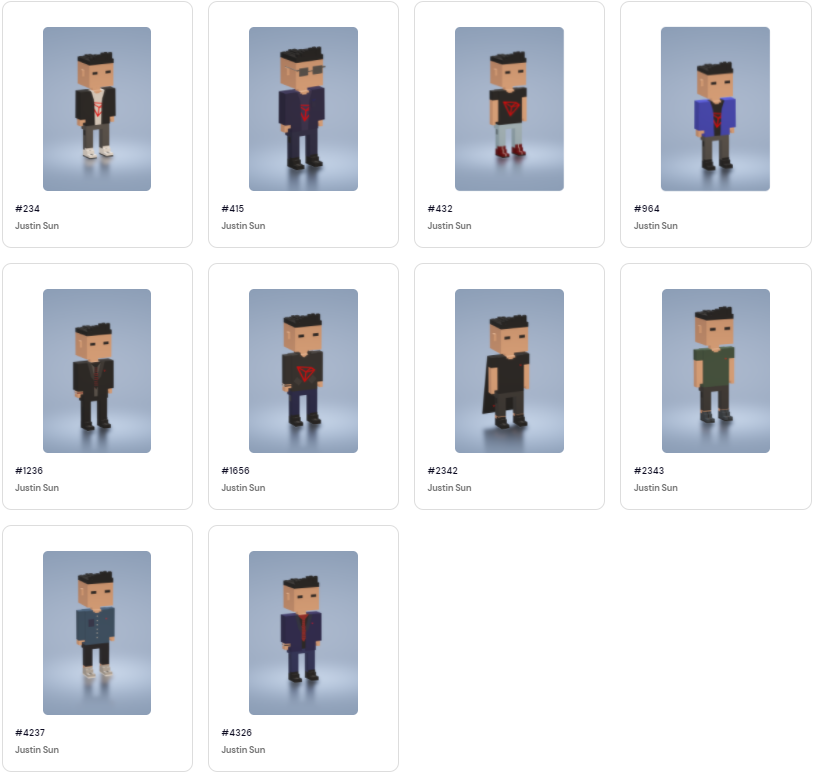 While paying tribute to Meebits, this project features many innovations, including the newly added Justin Sun Meebits. All 3D characters whose ownership is determined via TRC-721 are generated by algorithm and minted on TRON's blockchain, making them applicable to all compatible institutions and exchanges.

APENFT is backed by the underlying technology of top-notch blockchains Ethereum and TRON with support from the world's largest distributed storage system BitTorrent to deliver the mission of registering world-class artworks as NFTs on the blockchain.

Current collections of APENFT Foundation include paintings by Picasso and crypto artist Beeple, as well as various artworks such as NFT avatars and NFT stone images, with a total value of nearly ￥300 million. The Foundation's frequent actions in NFT avatars have attracted extensive attention from both inside and outside the industry. In September this year, APENFT Foundation and Binance NFT platform jointly launched the "ApeAvatar'' series of NFT avatar mysterious boxes, with a price premium of nearly 10,000 times in the secondary market. In the same month, following the launch of DeFine's "Ape Party Club''-themed monkey NFT avatars, the platform crashed due to a huge influx of traders. These ape avatars were co-launched by APENFT Foundation and were traded at a five-fold premium price in the secondary market. On September 15, APENFT Foundation paid tribute to the launch of KWAS mysterious boxes on Gate.io's magic box platform. 225 blind boxes which have been launched in three series sold out within seconds. Those who failed to snap up any avatar even paid a price premium nine times as high as the original price in the secondary market.

As the star project emerging from the NFT track this year, APENFT Foundation has already gained the attention and support of industry luminaries such as Justin Sun, the founder of TRON, and has reached cooperation with many art institutions such as Christie's, Sotheby's and NiftyGateway. With the support of prominent industry resources, APENFT Foundation and TRON Meebits will further enrich and improve the creative design and circulation of NFT works and other aspects, to create more quality projects and become the most influential brand in the industry.

Since its launch, Tron Meebits has attracted extensive attention and discussion from the Tron community and NFT collectors. The cooperation between Tron Meebits and APENFT Foundation will greatly expand the resources of Tron Meebits, whose future is highly promising.